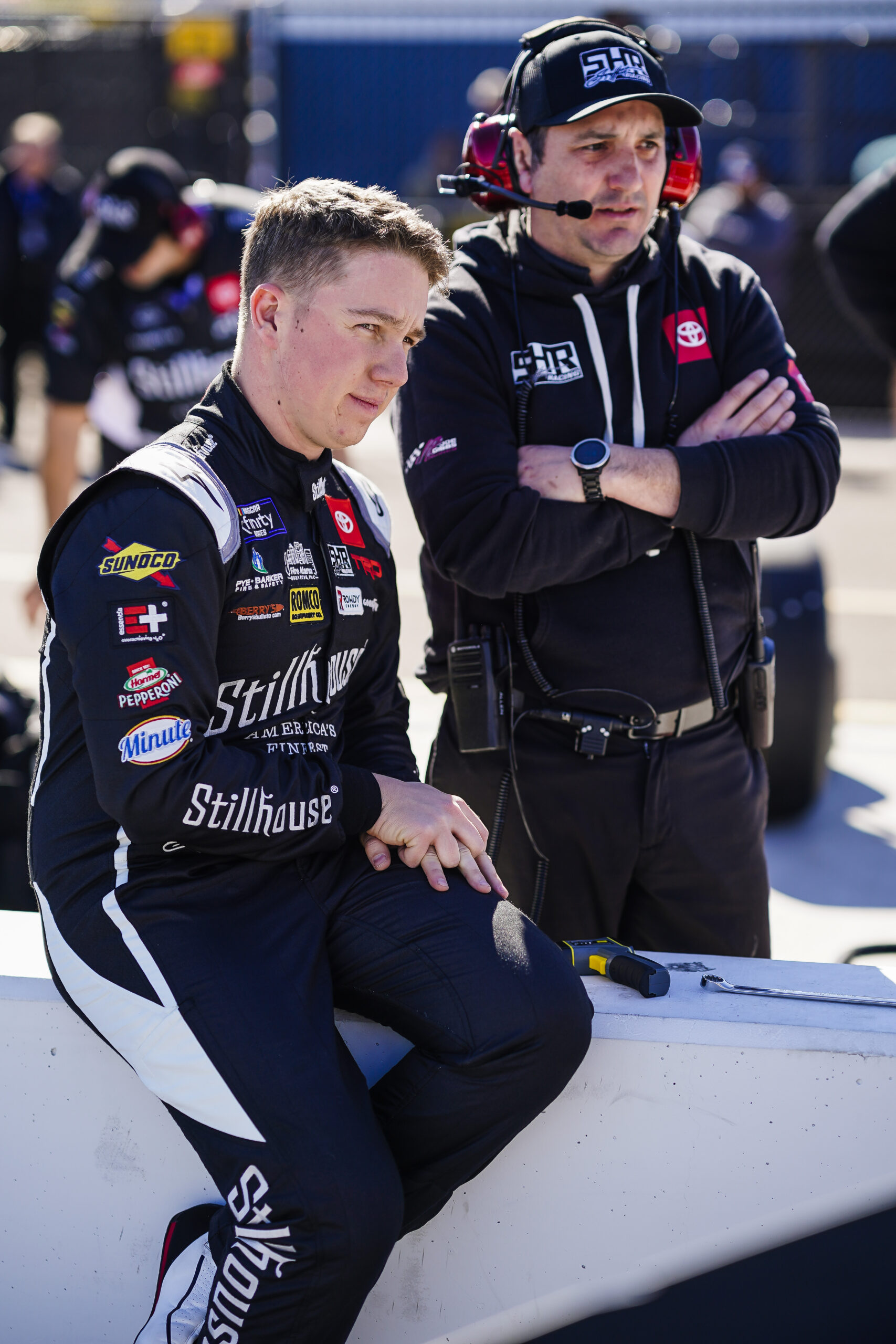 John Hunter Nemechek returns to Sam Hunt Racing in 2022 for his second part-time campaign with the team. In 2021, the second-generation driver collected Sam Hunt Racing’s highest-ever finish in team history — a third place at Richmond Raceway. He’s a two-time winner in the series through 56 starts. Nemechek has 14 top-five finishes, 33 top-10 finishes, and one pole starting position.

In 2021, Nemechek also earned the Truck Series Regular Season championship and finished third in the final standings after qualifying for the Championship Four in the NASCAR Camping World Truck Series for the first time in his career. 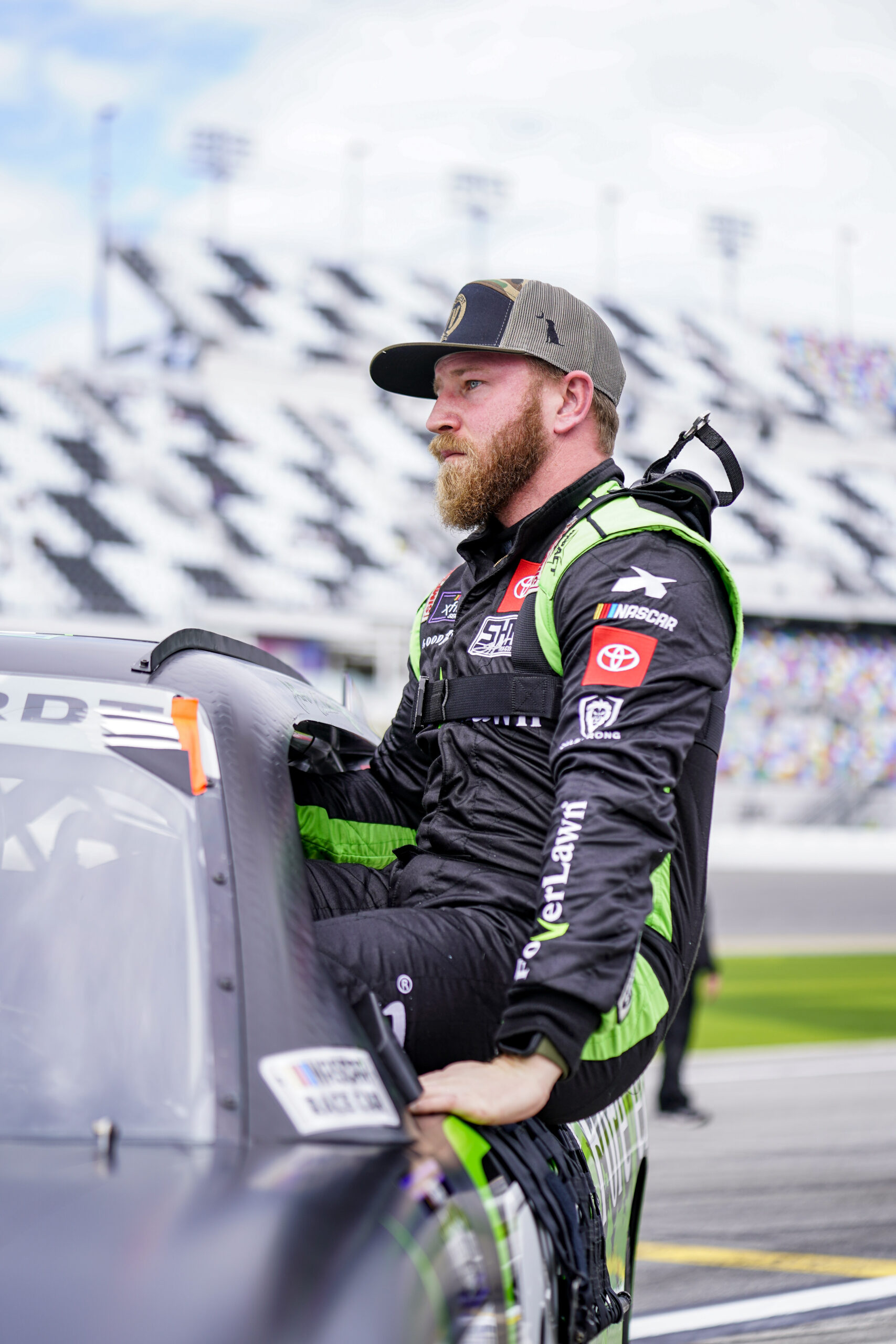 Jeffrey Earnhardt is the grandson of 7-Time NASCAR Cup Series Champion Dale Earnhardt and nephew of this generation’s most popular driver, Dale Jr. Jeffrey began his race career piloting a silver 4 cylinder Yugo on the dirt tracks of Wythe Raceway in Rural Retreat, Virginia. He won Rookie of the Year at the local track and knew immediately that he’d be chasing his dreams to the paved tracks of NASCAR.

Jeffrey hasn’t depended on his famous last name for opportunity. Creating his own company and working his way through the ranks like his grandfather did, Jeffrey has competed in NASCAR Trucks and Xfinity, as well as specialty events including the Rolex Series and NASCAR Euro Series.

He is absolutely committed to “Earning Earnhardt” and has his sights set on becoming a NASCAR Champion. 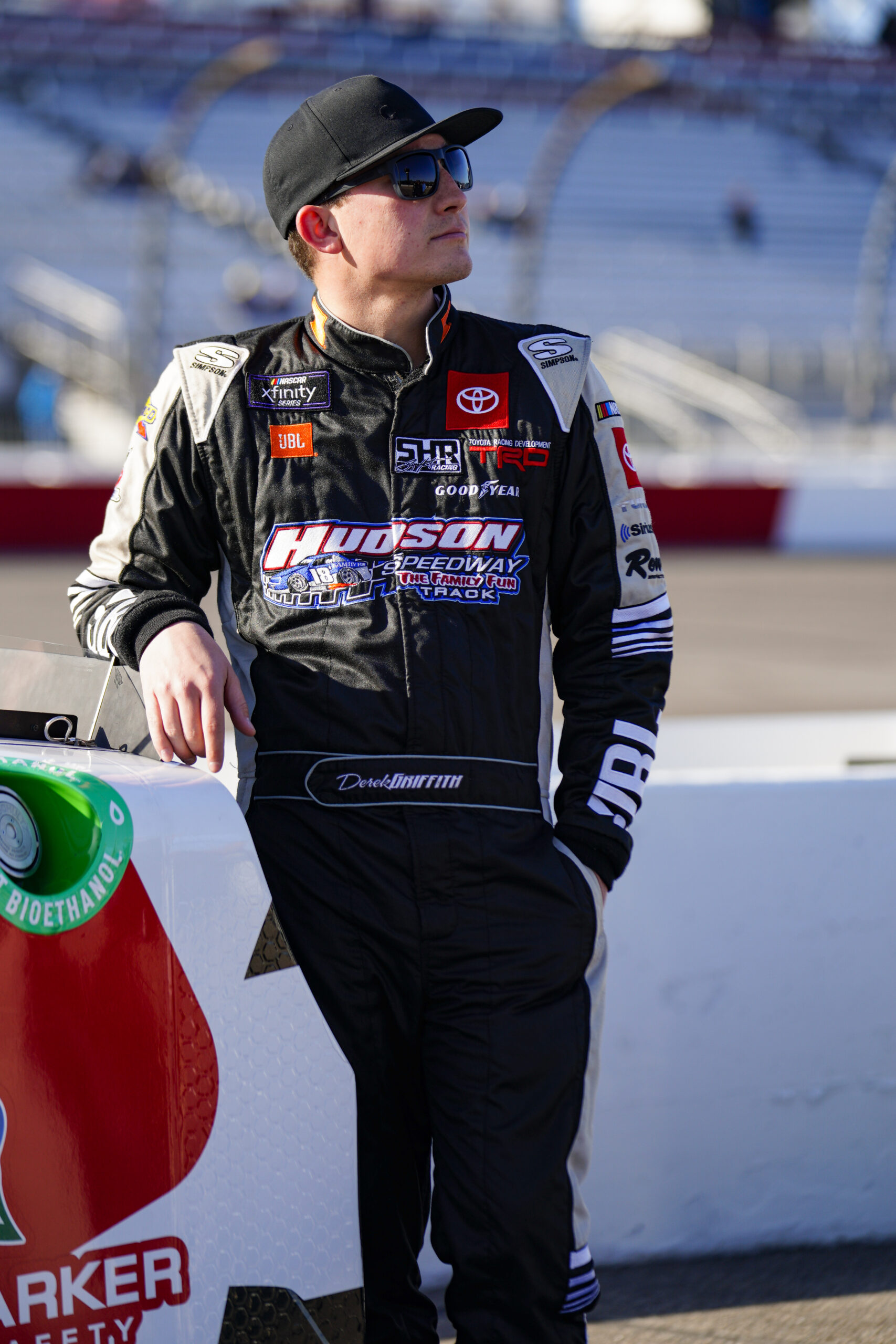 Derek Griffith, a native of Hudson, New Hampshire, has been racing since the age of 12. He became a quick study of some of his local short-tracks in New England, including Hudson Speedway, capturing checkered flags early in his career. His sharp driving ability and passion to succeed, along with dedicated partners, has elevated him up the racing ladder. From local, short-track racing to the NASCAR National Series divisions, Griffith continues to showcase his ability.

As a multiple-time champion of New Smyrna Speedway’s World Series of Asphalt Stock Car Racing, a champion of the Pro All Star Series National Division, member of the Kulwicki Driver Development Program and former Number 1 pick in the Speed51 Short Track Draft, Griffith has been recognized across a variety of disciplines. For more information on Derek Griffith, visit DerekGriffith.com. 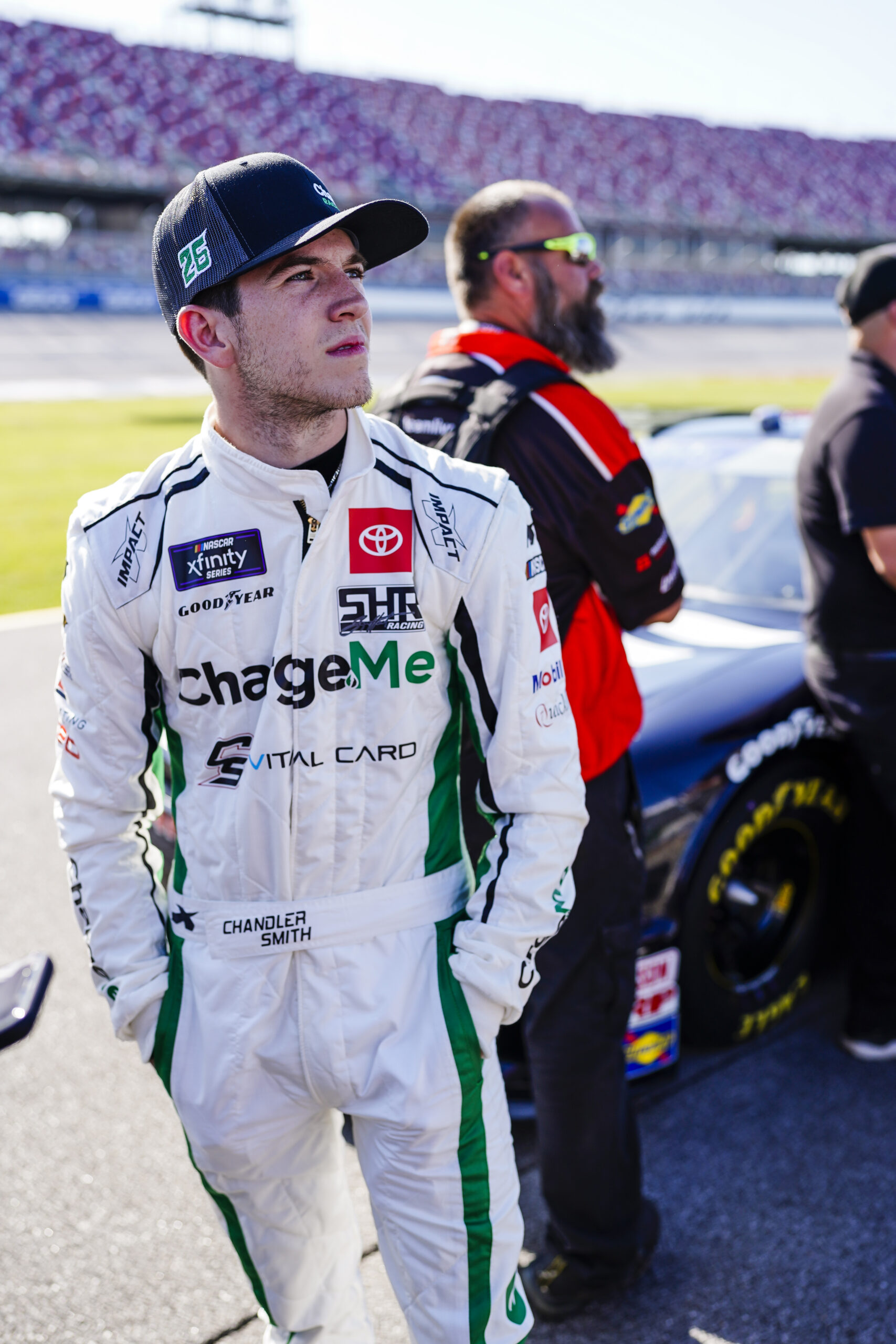 Chandler Smith joins Sam Hunt Racing for three races in 2022 starting at Talladega Superspeedway in April where he will make his NASCAR Xfinity Series debut. In 2022, Smith returned to Kyle Busch Motorsports for his second full-time season behind the wheel of the No. 18 Safelite AutoGlass Tundra in the NASCAR Camping World Truck Series. In 2021, Smith recorded two wins, six top-five and nine top-10 finishes with an average finish of 16.9. He earned his first career win at Bristol (Tenn.) Motor Speedway in Sept. and closed out the 2021 season with a win at Phoenix (Ariz.) Raceway. Smith earned 2021 NCWTS Rookie of the Year honors and finished eighth in the driver point standings. 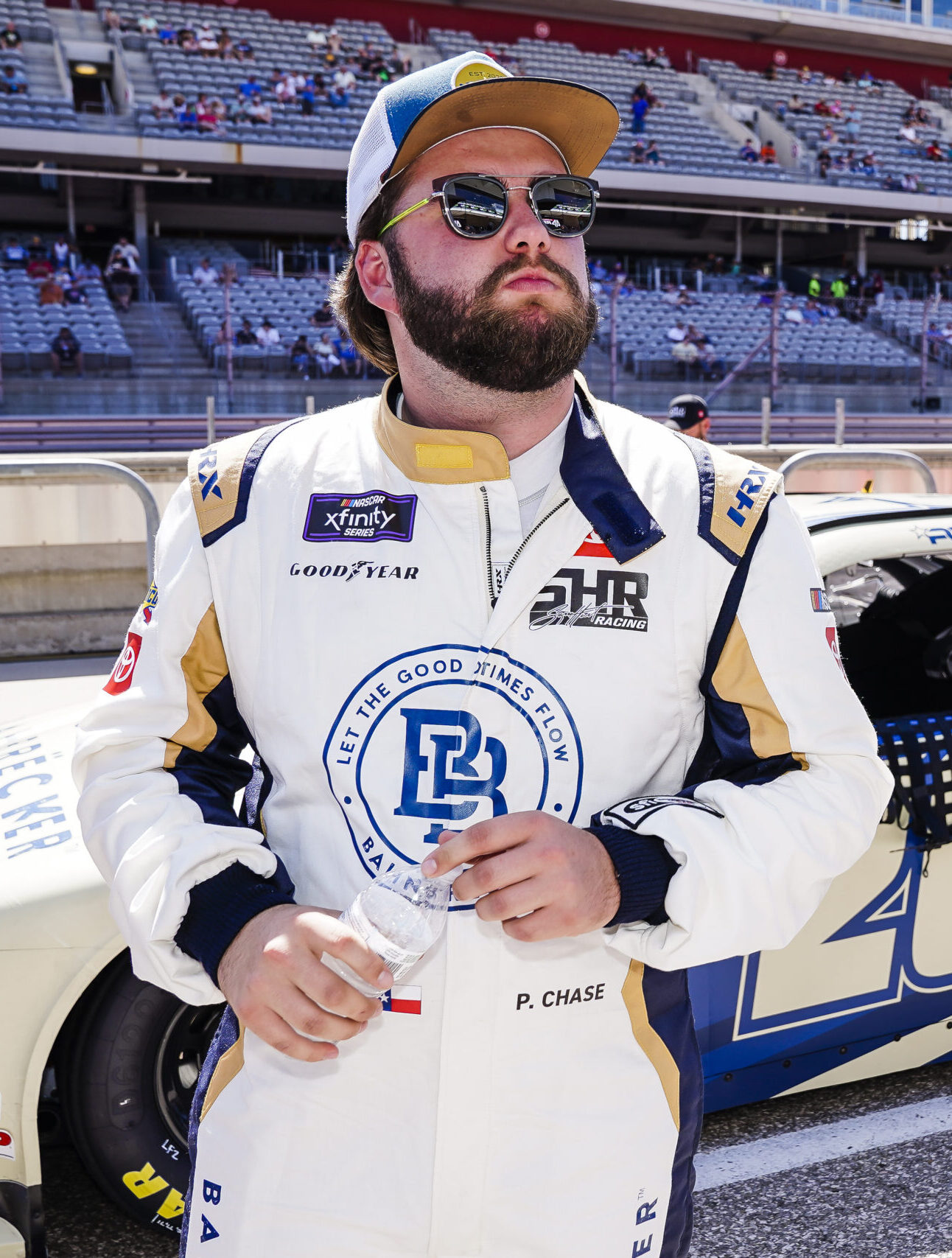 At just 21 years old, American driver Parker Chase is one of North America’s up and coming drivers. Already a champion in professional auto racing by age 17, Chase is quickly setting a name for himself as a driver to watch. In 2018, just seven years after beginning his racing career at age 10, Chase clinched the Pirelli World Challenge GT SprintX Pro/Am Championship with co-driver Ryan Dalziel, piloting an Audi R8 GT3. The successful duo of Chase and Dalziel stepped up to race in the IMSA WeatherTech SportsCar Championship’s GTD class in the North American Endurance Cup and select spring races in 2019. Parker began 2020 by capturing a top-10 finish in the Rolex 24 Hours of Daytona and joining Bryan Herta Autosport for the 2020, 2021 and 2022 seasons. Parker gave the Elantra N TCR its North American debut in 2021 and secured the first win for the Elantra in the IMSA Michelin Pilot Challenge.

Parker has expanded his motorsports programs to include stock car efforts, including the ARCA Menards Series, NASCAR Camping World Truck Series, and NASCAR Xfinity Series. Parker has finished in the Top-10 in the majority of his ARCA Menards Series starts with a 2nd place finish at Daytona International Speedway in 2022. 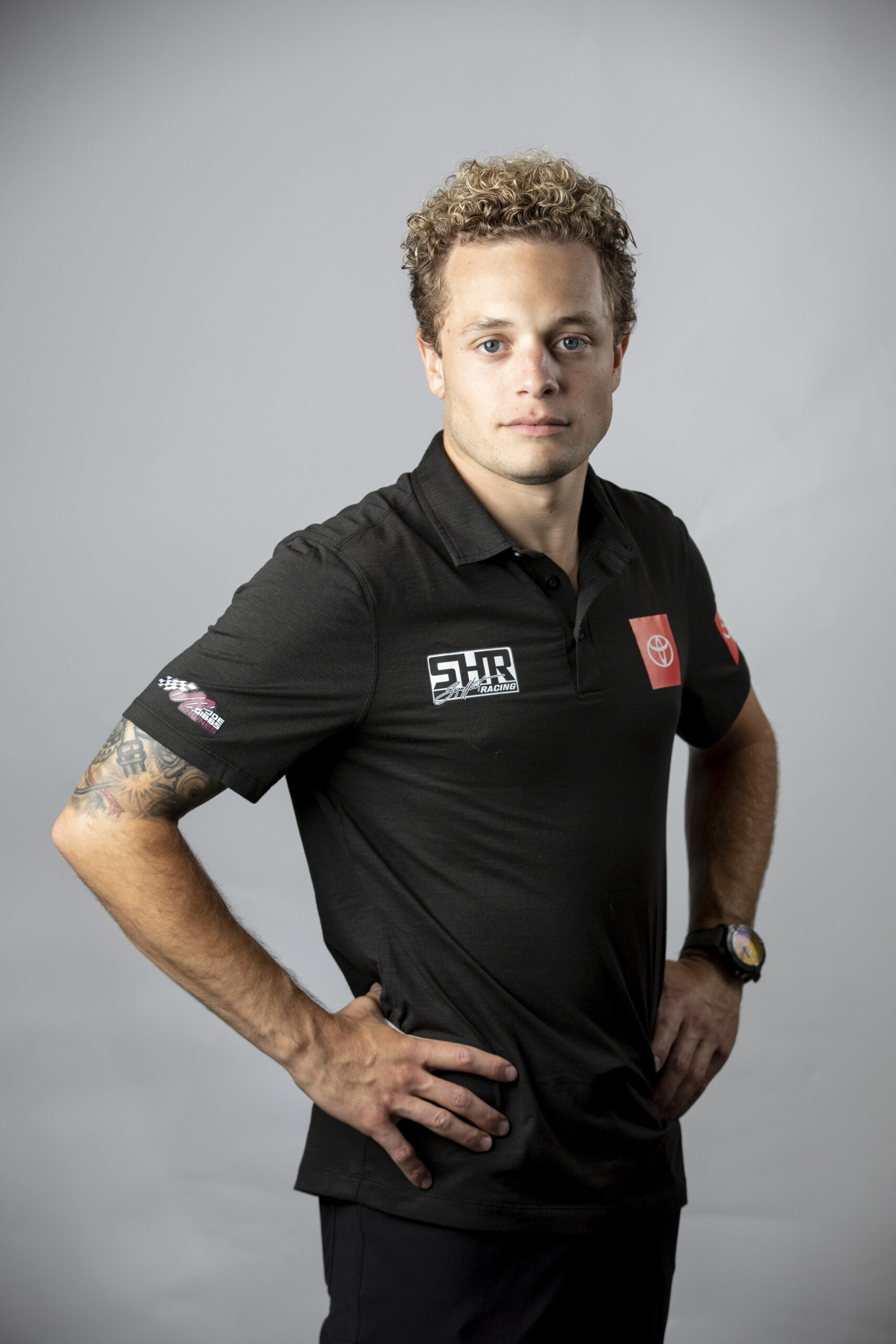 – 2013: Made a mid-season debut in the F2000 Championship Series. He finished 5th place in the championship.

– 2017: Formula 2 debut in Hungary, racing for Trident. Moved up from GP3 to FIAF2 for the remainder of the season.

– 2021: Signed with NASCAR’s Sam Hunt Racing and became a Toyota Development Driver. Has seven career NXS starts including four Top-15 finishes in his rookie season. Returned to IndyCar for four races with Rahal Letterman Lanigan Racing to place sixth in the Indy 500. 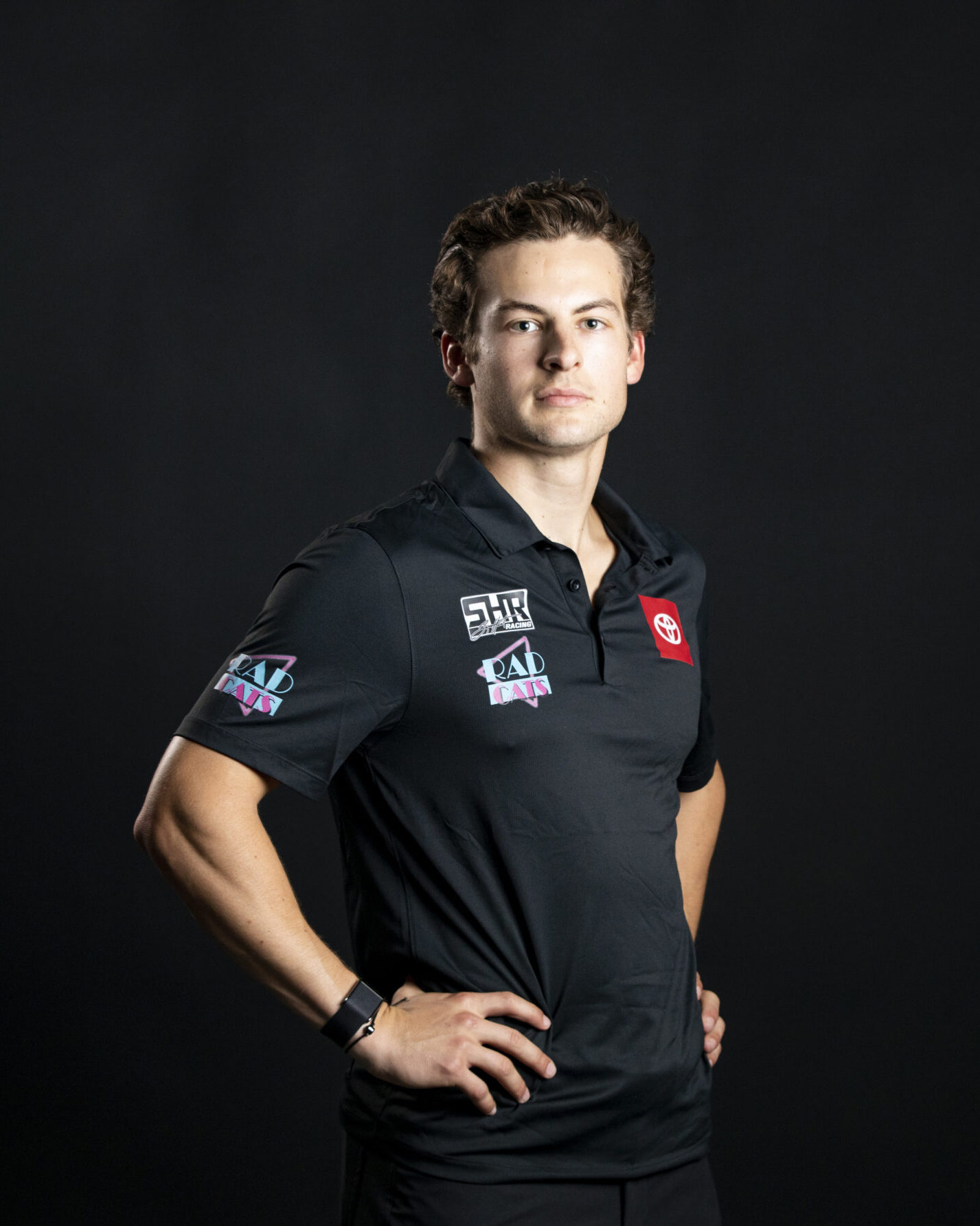 Connor Mosack is a 23-year-old race driver from Charlotte, NC.  Connor graduated in May from High Point University with a degree in Entrepreneurship and was on the Dean’s list 3 times.

Connor started competing in 2018 and has already achieved multiple championships.  In 2018 he was the Asphalt Nationals Semi-Pro Champion at the Bullring in Las Vegas and in 2019 he was the Cook Out Winter Heat Pro Champion at Charlotte Motor Speedway, just to name a few.  In 2020 Connor competed in the CARS Solid Rock Carrier CARS Tour for Jr. Motorsports and finished 6th in points and was the CARS Tour Rookie of the Year.

Even though he has a busy schedule with racing, Connor still makes time to be involved in his community.  He organized a fundraiser for ContainIt with Covenant Day School that raised over $50,000 in its first year.  He is also involved with the Friends of Jaclyn Foundation supporting kids with pediatric cancer.

In 2022 Connor has plans to return full time in the Pirelli Trans Am TA2 Series with Scott Lagasse Racing as well as the ARCA Menards Series with Bret Holmes Racing. 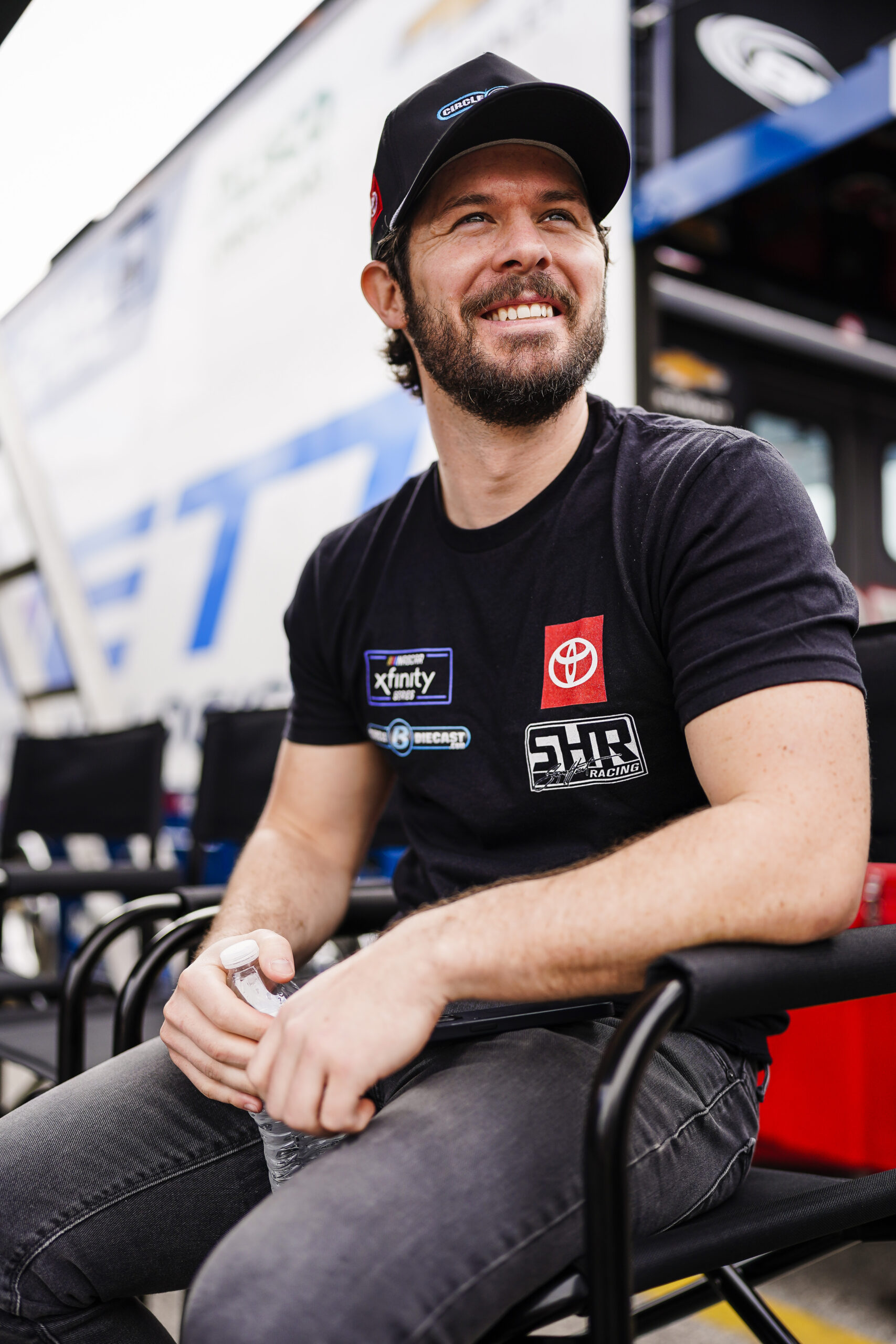 Ryan Truex was born on March 18, 1992 in Mayetta, New Jersey. His racing career took off when he won the 2009 ARCA Menards Series East championship at the young age of 17. Ryan, who was still a high school student, earned a second consecutive championship in the East Series in 2010.

Ryan then made his way into the NASCAR national series scene in 2011, competing for Pastrana Waltrip Racing and Joe Gibbs Racing in several NASCAR Xfinity Series (NXS) races throughout the season. Over the next two years he started in 11 Xfinity events, earning one pole award along with a career-best second-place finish. Truex made his NASCAR Cup Series debut in 2013 and continued to run on a part-time basis for the duration of the season. After signing a developmental contract with Richard Petty Motorsports in 2015, Ryan returned to racing part-time in the NXS.

In 2016, Ryan made the move back to the NASCAR Camping World Truck Series and completed a full-time run for the 2017 season. Coming off of a ninth-place finish in the Playoffs, Truex now turned his focus back to the Xfinity Series. He took over the No. 11 Kaulig Racing Chevrolet in 2018, and finished 12th in the points standings. Ryan then competed part-time in the series for JR Motorsports in 2019, earning a season-best finish of 2nd at Phoenix Raceway in March.

Since bursting onto the NASCAR stage, Ryan Truex has received such honors as being voted as one of five NEXT athletes by ESPN the Magazine and a member of The Top 10 greatest drivers of the first 25 years of the ARCA Menards East series. Truex competed full time in the 2021 NCWTS for Niece Motorsports, piloting the No. 40 Chevrolet Silverado, following a part-time stint with the Al Niece-owned team in 2020.

In 2021, Truex inked a deal to run Daytona International Speedway with Sam Hunt Racing, intending to add races to his schedule at a later date. Sam Hunt Racing looks forward to having Truex join the Sam Hunt Racing and Toyota Racing families. 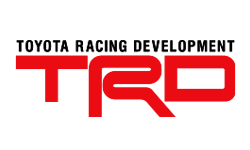 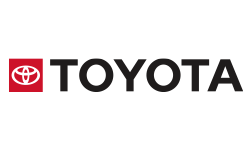 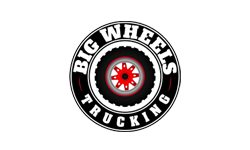 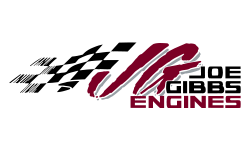